Great round trip from the Arltörl to the Schuhflicker and further to the Aualm.
moderate
Distance 11.9 km
Duration6:00 h
Ascent916 m
Descent1,004 m

This hike leads past the Berglandhaus, which used to be the earlier ski center in Grossarltal. As early as 1932, the Berglandhaus was one of the first houses in the province of Salzburg, which was open to the public..

In the middle of the fifties in the last century (1955-1958), the Berglandhaus experienced a real boom: the then owner was Sepp Forcher. According to Hedi and Sepp Forcher, the time they spent in the mountain hut was the most beautiful in their lives.

The route continues to the Arltörl, which is the deepest incline between Grossarl and Dorfgastein. Directly at the Arltörl is a small chapel.

Then, you hike to the Schuhflicker, which is one of three limestone mountains in Grossarltal.

On the Arlspitze, which is the front peak, there are numerous climbing routes.

Downwards, the hike leads to the Aualm, where you can taste self-made delicacies. This mountain hut has been newly built in the last years, but it has remained a real mountain hut.

Mountains and peaks in Grossarltal

all notes on protected areas

You go by car or hiking taxi on the road Rattersberg in the district Unterberg to the Lainholz farm.

These suggestions were created automatically.

Would you like to the ask the author a question? 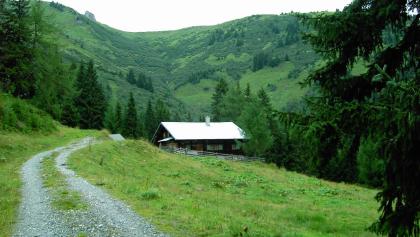 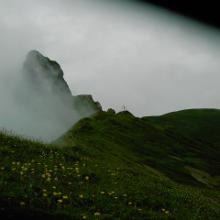 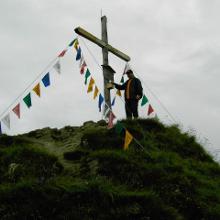 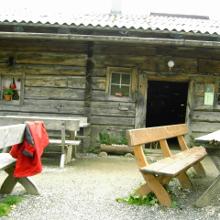